CYCLES OF COLLAPSING PROGRESS – A CONTEMPORARY ART EXHIBITION IN TRIPOLI

In partnership with: Anissa Touati Corporation for Mexico

In collaboration with STUDIOCUR/ART, BeMA held a month-long contemporary art exhibition from September 22 to October 22, 2018 at the Rashid Karami International Fairground, designed by Brazilian architect Oscar Niemeyer, in Tripoli, North Lebanon and the Citadel of Tripoli.

Cycles of Collapsing Progress comprised 18 projects in total: eight commissioned artworks and 10 by artists from Lebanon and Mexico. The meeting of the two scenes allowed for the exchange of geographical perspectives on the theme. This project included residencies in Beirut (BAR-Beirut Art Residency) and Guadalajara (PAOS GDL).

To learn more about the event, the curators, and participating artists visit the Cycles of Collapsing Progress Official Website, click here.

The concrete rundown structures of the Fair, considered as one of the most important legacies of modern architecture in the Middle East, will be in dialogue through contemporary art, with the citadel, a monument to the layers of history. The locations’ current states provoked reflection, in the context of the exhibition, on cyclical time and the cycles of collapse.

The notion of cyclical time, common to past civilizations, is now considered archaic for, according to Romanian intellectual Mircea Eliade, modern societies have a linear understanding of time. This contemporary understanding considers progress as the only possible outcome and therefore does not take into account repeated cycles of collapse.

The contemplation of the life and death of civilizations can be traced back to the medieval Tunisian-born historian Ibn Khaldoun, who suggested that historical cycles function in a loop, starting as Umran Badaoui (bedouin civilization) and evolving into Umran Hadari (urban civilization) before collapsing. Recent studies by American historian Joseph Tainter on the collapse of complex societies, like the ancient Egyptians, Greeks and Mayas, show that there are several possible causes for their downfall, including natural disasters, wars, and epidemics. But one theory can be singled out. When a society becomes highly stratified, it is more likely to fall, as the cost of maintaining it is too high. In the aftermath of the collapse of modernism – or as Bruno Latour actually suggested, we have never been modern – scientists affirm that since the Anthropocene Era, our future decline will be caused by an impending ecological disaster due to global warming. If civilization – human beings, nature, and even history – functions cyclically, it is possible to think about the limits of progress and the cost that it entails.

Karina El Helou (b. 1984) holds an MA in Art History from Sorbonne University, Paris and has attended École du Louvre as well as Met Penninghen art school. She curated several exhibitions around the world including Marc Riboud in Moscow, “The Silent Echo” group exhibition (Baalbek Museum), and has worked as an art collection manager at Cartier Foundation and as a tutor at Sotheby’s Institute of Art (London). She founded the non-profit curatorial platform STUDIOCUR/ART in 2015 (Paris), collaborating with artists, curators and academics.

Anissa Touati (b. 1982) is an exhibition maker, independent curator and Chalet Society’s co-director based between Mexico and France. Touati has realized numerous exhibitions in unusual places from public spaces, disused buildings to outdoor sites. She forges links and interactions between artists and the exhibition space. Touati also independently co-organized exhibitions at galleries such as “¿Cómo te voy a olvidar?” at Galerie Perrotin (Paris) and “Made by 4 hands” at OMR Gallery, and at institutions such as Anahuacalli Museum, Mexico city, the solo show of Jesper Just titled “Coordenadas”.

Oscar Niemeyer's Fair in Tripoli: A Modern Legacy in Danger:

- "When the Future Looked Bright, We Didn't Wear Shades", a talk by Bernard Khoury, Architect.

- "Luis Barragán and Beyond” by architect and founder of the Foundation de Arquitectura Tapita Luis Barragan a.c., Juan Palomar

The Matrix for AI et AI., a Film Trilogy of 116 hours by Jalal Toufi

Followed by a discussion with the artist.

Cycles of Collapsing Progress brought together artists from Lebanon and Mexico, as well as visitors, media and art experts from around the globe. As part of its commitment to engage with local communities and their disadvantaged or marginalized groups, BeMA approached various members of the Tripolitan community to collaborate on the project.

Ruwwad Al-Tanmeya is an NGO that operates in Tripoli’s Bab El-Tabbaneh and Jabal Mohsen, two poverty-stricken, marginalized neighboring communities burdened by sectarian and political strife. The organization provides scholarships to the youth, giving them access to education, enrichment programs and civic engagement opportunities. It also runs education and awareness sessions for the women of both communities, creating income-generating projects that offer vocational training and create job opportunities.

BeMA collaborated with City University and Ruwwad Al-Tanmeya in training their students to mediate the exhibition both at the Fair and Citadel throughout the duration of the project. BeMA engaged the youth by giving them a role to play in an architectural project and large-scale artistic exhibition in their very own hometown, Tripoli. The importance of having the youth identify with such events and take ownership of them gradually nourishes their interest in art and culture. 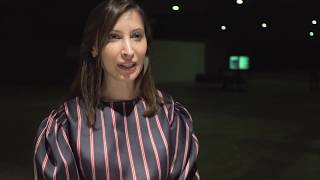 CYCLES OF COLLAPSING PROGRESS – A CONTEMPORARY ART EXHIBITION IN TRIPOLI
Curator: Karina El Helou (STUDIOCUR/ART)
In partnership with: Anissa Touati Corporation for Mexico
© 2023 BEMA - Web Design and Development by The Web Addicts.
By continuing to use our website you agree to our use of cookies. To find out more see our  Privacy Policy
Agree